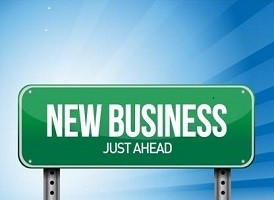 New and existing businesses in Nigeria are saddled with two or more statutory requirements. This article focuses on taxation of profits of new companies. In Nigeria, this concept is called commencement rule based on Section 29(3) of the Companies Income Tax Act 2007, LFN (as amended).

This provision applies to companies in the first three years of commencing a new business in Nigeria. Before we delve further, we shall explain basis period for tax purposes. Basis period is the accounting period for calculating the assessable profits. It could be either a preceding year basis or an actual year basis. A preceding year basis means the assessable profits of the previous twelve-month accounting period is subject to income tax. Existing companies in Nigeria usually file income tax returns according to this principle. On the other hand, an actual year basis is when assessable profits from January to December within one calendar year is subject to income tax. A new company may have an abnormal basis period for filing its first tax returns. This arises if the accounting period for computing income tax liability is greater or less than twelve months. Under the commencement rule, a preceding year basis is;

2nd Year – January to December of the second year

3rd Year – January to December of the third year

Company ABC commenced business in Nigeria on 1 September 2015. The first accounts for the 15-month period ended on 30 November 2016. Basis period is;

The due date for filing the tax returns for the first year (2015) is 18 months of commencement of business or 6 months after the accounting year end, whichever is earlier. Thus, the 2015 tax returns will be due by 31 May 2016. As the due date for filing (May 2016) comes before the period ended on the financial statement (November 2016), Company ABC may decide to submit accounts for 4-months period ended December 2015 to meet the filing deadline for corporate taxes.

Overlapping basis period implies that companies with assessable profits pay taxes twice. Hence, Company ABC would pay income tax twice on its basis period for September to December 2015. Happily, the taxpayer can use the right of election.

Before you file the first corporate tax returns

Right of election means a taxpayer can choose to be assessed to tax on an actual year basis i.e. actual profits for the second and third year. In practice, a taxpayer often elects the basis period with lower tax payable. An application for election must be in writing within two years after the end of the second year. Nevertheless, the taxpayer may submit a written notice to the Federal Inland Revenue Service (FIRS) within twelve months after the end of the third year to revoke the right of election. In this instance, the assessable profits for the second year and third year shall be computed without reference to the first notice.  It would be ideal to get a tax expert to provide specific guidance on business transactions. More importantly, a taxpayer can pay lower taxes if the right of election is exercised on time.

Effective 13 January 2020, commencement rule will no longer apply to new companies in Nigeria. This is in line with the Finance Act 2019.

FIRS notice on deduction of WHT and VAT on payments to agents, dealers

Reserve a seat in our professional accounting and tax training